Most mornings I back my trusty van up to the front door of my house and load (or unload) it for the day's endeavor/s. Without fail, one or more of my kitties takes it upon themselves to help or hinder. In Madeline's case, it is definitely the hindering deal. She has determined that the indentation of the back door when raised makes a lovely bed - and observation post. 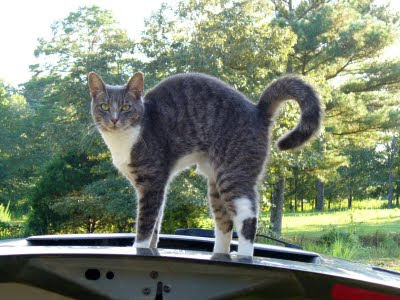 When asked to vacate, she gives me this "how can you even ask?" look, stretches - and promptly sits back down to gaze about. After a bit, and in her own good time, she turns around and ... 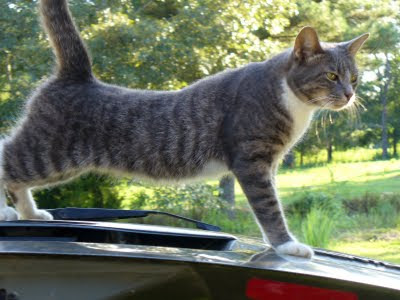 stretches again for effect before gauging the distance to the ground. But does she jump? No. And for a good reason. Madeline is the clumsiest of cats - being extremely cow-hocked, and having broken one leg in three places when she was four months old. The leg had to remain pinned for months - with the tip sticking out of her hip! 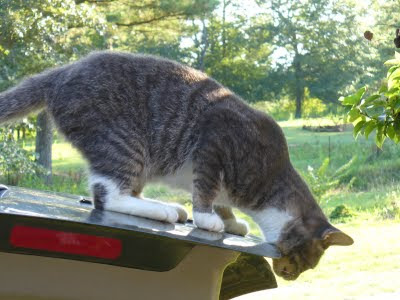 So I persuade her take a circuitous route, and back over the roof of the van she goes, sliding down the windshield to gaze about in her queenly manner until the next opportunity to attain the throne. 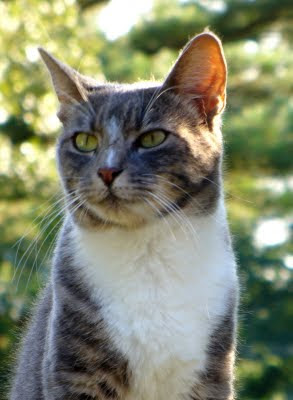 And on down the nearby macadam road, I saw what from a distance appeared to be line like a tar repair. No - it was a very large Kingsnake, Blacksnake, Chickensnake, who stopped right in front of me and refused to move even when I took his/her picture and stomped my feet. I finally gave it a nudge with my foot and off it 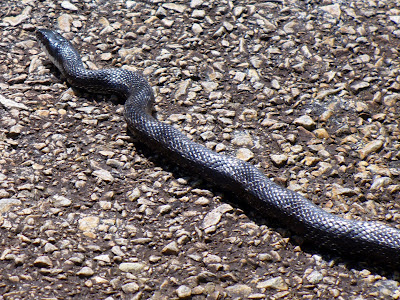 went into the tall weeds. It's not the largest I've seen, but it was over six feet at my estimate. These are among the good guys of the snake world, eating small rodents, eggs and such - and not poisonous or aggressive. Quite beautiful - and fascinating as it moved effortlessly away. 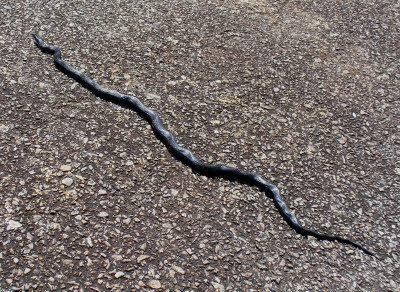 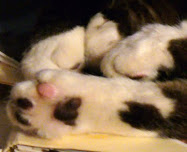 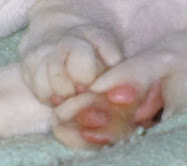 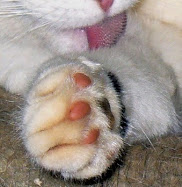 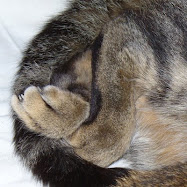 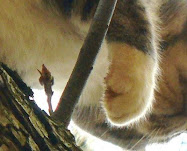